Journal of Urban Affairs > Book Review > Reframing the urban challenge in Africa: Knowledge co-production from the South, by Ntombini Marrengane and Sylvia Croese 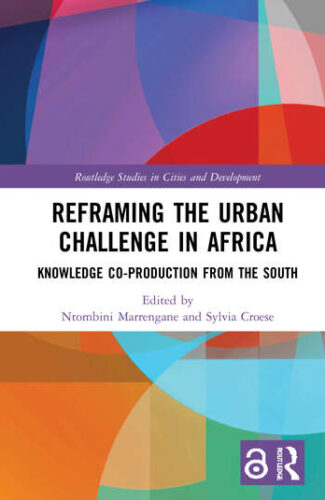 Recent debates in urban studies that call for a “new epistemology of the urban” (Brenner & Schmid, 2015) find a formidable home in Africa, where the urban and its urbanisms are far more complex than is often envisaged. The ubiquitous phrase “rapid pace of urbanization” that introduces scholarly research output and reports on African cities, though to a large extent true, risks oversimplifying Africa’s urban challenge without engaging the historically centered, culturally sensitive, and Africanist-oriented perspective of the political, institutional, and everyday dynamics that produce the so-called rapid urbanization phenomenon. In this sense, the African urban challenge is deeply multi-scalar, transdisciplinary, and beyond the conceptual binaries that define Global North diagnoses of African cities’ development conundrum. It is therefore unsurprising that the “re” has become an important prefix in 21st century discourse on Africa’s urban development – exemplified in rethinking urban informality (Soliman, 2010), reframing urban governance (Obeng‐Odoom, 2017), and reimagining sustainable urban transitions (UN Habitat, 2014) as a core element of capturing African ideas of the urban (Myers, 2017).

Ntombini Marrengane and Sylvia Croese’s edited book is a welcome contribution to this ensuing discourse. The book is structured in eight chapters, comprising diverse themes around food systems, informality, urban infrastructure, flood risk management, and housing. In Chapter 1, Croese begins with a familiar context, presenting the uniqueness of Africa’s urbanization and urban growth patterns, emphasizing difference in scale, pace, and nature from Global North experiences. For Croese, this means that many of the concepts and models about urban growth and development “need to be rethought, reformulated, or simply considered in their own right” (p. 1). This statement is foundational to the book’s central argument, which clearly ties into the growing discourse on southern urbanisms or African ideas of the urban (Myers, 2017; De Satgé & Watson, 2018). Yet, this is more than a mere theoretical expedition, as better understanding of the urban challenge is crucial to the entrenched disjuncture between urban policies and practice – what planning scholar Vanessa Watson (2003) has termed “conflicting rationalities” between what happens in the state and everyday urban practices.

These usual familiarities aside, the crux of this chapter and, perhaps, the overarching theme of the book, is the focus on co-production of knowledge. The emphasis on co-production, according to the author, is crucial because it offers a “way to include voices typically absent in research, and in the process, to foster new relationships among key stakeholders” (p. 5). The remaining seven chapters represent different pieces of this co-production of knowledge puzzle across different African cities that reflect varying contextual realities.

The formal–informal interface is the main theme of chapters 2 and 3. In Chapter 2, this interface is manifested through the Soweto food market, Lusaka (Zambia). Here, Siame and colleagues reveal that “groups and individuals from the state, private sector, and society engage in creative and often manipulative interpretations of formal market regulations and laws to achieve maximum gain, resulting in both exclusion and inclusion” (p. 18). By and large, the authors show through their collaborative engagement with multiple actors in the market that informal practices of non-formalized actors are entrenched in a “formal” urban market space, generating a “fight for access” (p. 33) to everyday livelihoods. Similarly, in Chapter 3, Omar Nagati and Beth Stryker’s study of three Egyptian cities – Cairo, Alexandra, and Minya – “challenge the perception of the dualistic city” (p. 42) by presenting the urban interface as a link that connects the formal and informal. Through a spatial analysis of border crossings and activities, they observe that the boundaries between the formal and informal zones are blurred at central crossing nodes and are interconnected – emphasizing that activities from both zones “reflect continuity and complexity rather than division and contrast” (p. 71). Despite these interesting insights, analysis of the formal–informal interface largely ignores the political economic context of multi-scalar re-arrangements for working within the interfaces of the urban micro-space (see Obeng‐Odoom, 2017).

In Chapter 4, Peter Ngau and Philip Olale address one of the pivotal issues in Africa’s urban challenge: land. Premised on the lack of tenure security that plagues improvement in informal settlements, the chapter authors suggest that land sharing is a contextually relevant approach to informal settlement in Kenya. Through their learning from state, residents, and community leaders, the authors propose that this approach holds potential for tenant recognition, security, and local development if preconditions such as community organization, participation, and capital can be addressed. This “commons” approach is very useful to confront the rise in urban land commodification. Yet a critical institutional and policy analysis is not integrated – a major setback since recent literature suggests major land reforms have been implicated in growing urban inequalities in African cities (see Obeng-Odoom, 2020)

Deena Khalil and Margot Rubin examine urban infrastructures and inequality through a comparative study of Cairo and Johannesburg in Chapter 5. In both cities they find urban inequality to be highly spatialized; informed by income, housing, and poverty; and mediated by political and historical factors. Their fine-grained spatial analysis shows the distributional effects of service provision and the power of residents to challenge these impact spatial inequalities.

Chapter 6 offers a reflection on a community-based approach to flood risk management in Kumasi, Ghana. Ahazie, Dinye, and King, through a community-based engagement platform with community, state, and non-state actors, conclude that local leadership, residents’ initiative, and community cohesion are crucial to building local flood resilience capacities. Their approach offers a practical example of conceiving African urban residents as sources of knowledge rather than mere study objects. The key challenge, as evidenced by several co-production initiatives, is scaling up – which clearly requires political and policy integration.

Allain Cain, writing in Chapter 7, asks who is housing for in Angola’s post-conflict urban rebuilding programs? This question is apt, given the shortfalls in meeting housing needs in urban Africa and recent calls for state involvement in affordable housing delivery. The Angolan case shows the latter can be oversimplified. Cain, in evaluating the national urbanization and housing program (PNUH), reports that the state, as both developer and landlord, has developed housing programs saturated at the high end of the housing market, resulting in a failure to provide adequate housing to the urban majority at the “bottom of the pyramid” (p. 203). This case raises a critical concern: if neo-liberal market housing fixes and state provision are not enough, what are the trajectories beyond finance and formalization?

In Chapter 8’s conclusion, Croese spells out a research agenda for knowledge co-production in Africa. By building on the collaborative methodologies adopted in the individual chapters, Croese suggests building capacity of researchers, in addition to a gender-sensitive engagement of co-production partners for experimentation and innovation in this endeavor.

Overall, I find this book as an important door opening up the research-policy nexus in African urban research. The book raises important questions about how African cities are studied and whose narratives count as urban knowledge. Clearly, these impact practical responses to Africa’s urban development challenges. The main weakness is the lack of a deep engagement with political economy of knowledge co-production practices, especially distributional and power asymmetries along horizontal and vertical levels. Nonetheless, this book is a welcome addition to the emerging insightful and instructive catalog of scholarly literature produced in and of Africa, challenging oversimplified narratives and theorizing of the African city. It is a valuable resource on generating Africanist-oriented urban knowledge and highly useful for built environment scholars, practitioners, students, and development partners interested in understanding and addressing Africa’s unsustainable urban development practices. 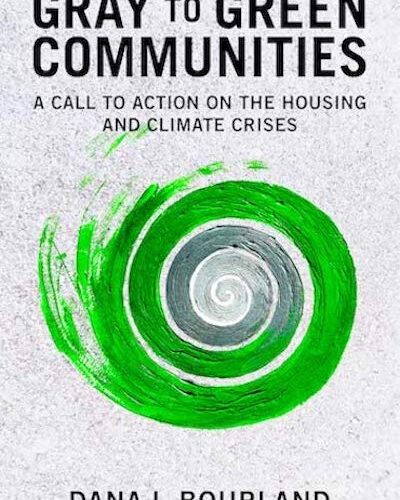