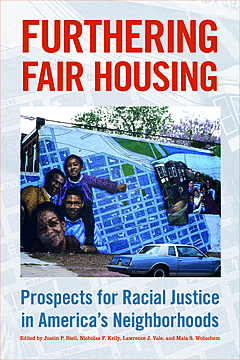 The federal Fair Housing Act (FHA) passed in 1968 has long had a dual mandate: ameliorating discrimination and creating more integrated neighborhoods. Far more attention and commitment has been paid to the former than the latter. But the FHA did call for the U.S. Department of Housing and Urban Development (HUD) to implement the act in a manner that would affirmatively further fair housing which encapsulates both mandates. This requirement was virtually ignored for decades. A handful of lawsuits and administrative complaints were filed in the 1990s, and finally in 2015, HUD promulgated an affirmatively furthering fair housing (AFFH) rule that offered some promise for more effective compliance with the FHA’s second mandate. HUD defined AFFH as:

taking meaningful actions that, taken together, address significant disparities in housing needs and in access to opportunity, replacing segregated living patterns with truly integrated and balanced living patterns, transforming racially and ethnically concentrated areas of poverty into areas of opportunity, and fostering and maintaining compliance with civil rights and fair housing laws. (p. 26)

But then the Trump administration replaced this rule with the Preserving Community and Housing Choice Act in July 2020, which focused on deregulation and housing affordability, saying nothing about segregation, but promising to save the suburbs. In January 2021, Biden issued an executive order, “Memorandum on Redressing Our Nation’s and the Federal Government’s History of Discriminatory Housing Practices and Policies,” calling for the HUD secretary to “take any necessary steps, as appropriate and consistent with applicable law, to implement the Fair Housing Act’s requirements that HUD administer its programs in a manner that affirmatively furthers fair housing.”

AFFH has been a real roller coaster. This book tells the AFFH story, one that can inform policymakers and scholars in a wide range of disciplines, in hopes that the coaster is once again riding upward. This story, told by the editors and several leading scholars, public officials, and fair housing advocates, describes the history and process that led to the 2015 rule, its accomplishments, its shortcomings, and the challenges for the future. Formal planning for the Obama era rule began in 2009 and was a most contentious process both within HUD and among state and local officials and fair housing advocates. Within the agency, it became known as “the Civil War Project” (p. 77). The most contentious issue was the debate over mobility vs. place-based investment discussed below.

The basic conclusion of most of the contributors to this book is that the short-lived 2015 rule was a major step forward, for several reasons. First, it created a planning process that would address a variety of housing discrimination issues and non-housing issues that shape the opportunity structure facing residents of traditionally segregated and disadvantaged neighborhoods including schools, the environment, health, transportation, jobs, and other amenities in 1,200 states and municipalities as well as public housing authorities (PHAs) which in 2019 received approximately US$7.7 billion in block grants and related funds. The jurisdictions and PHAs were required to conduct an assessment of fair housing (AFH) to identify areas of racially and ethnically concentrated areas of poverty and the location of various community assets. HUD created an AFFH tool, basically a set of maps, tables, and other data that local officials and residents could readily utilize to analyze their communities. Recipients of these federal funds were then required to develop a set of measurable goals and concrete plans, utilizing a balanced approach including mobility and place-based investments. There were strong community participation requirements throughout the process. Much was accomplished while the rule was enforced. An evaluation of 49 assessments submitted before Trump rescinded the 2015 rule revealed a variety of innovative steps those communities were taking, with the strongest plans coming from the most segregated communities, suggesting AFFH was working, laying the groundwork for future AFFH activities.

But several chapters suggest that fair housing advocates sometimes overstate the importance of integration. In his chapter, “The Fair Housing Challenge to Community Development,” Ed Goetz argues that the fair housing community’s focus on integration has often blocked needed community development initiatives, including affordable housing developments. He points to lawsuits that blocked some Low-Income Housing Tax Credit (LIHTC) developments due to concerns that they would perpetuate segregation. But he notes that LIHTC projects in disadvantaged communities are to be tied to a “concerted community revitalization plan” (p. 157). He acknowledges the reality of spatial inequality but asserts that this does not necessarily require integration as the remedy. He sees AFFH as furthering fair housing advocates’ challenges to vital community development policies and practices. But there is a long history of publicly subsidized housing being used as a tool to perpetuate segregation and create disadvantage. Perhaps the devil is in the details.

Howard Husock, in his chapter, “Affirmatively Furthering Fair Housing: Are There Reasons for Skepticism?” goes further in arguing that poor neighborhoods are not necessarily bad neighborhoods, that “slums were unjustly maligned and can be seen as having offered a better chance for asset building and upward mobility than the generations of subsidized housing that have been undertaken” (p. 134), and that upward mobility is less a result of environmental conditions than “work, savings, marriage,” which he asserts are “encouraged by the private socioeconomically stratified private housing market” (p. 139). But then he states that the solution is “high quality public goods associated with ‘better’ neighborhoods, good schools, safe streets, clean parks, playgrounds, reliable public transit.” Ironically, these are precisely the types of investments AFFH encourages in its call for a balanced approach. Husock, however, treats AFFH as if it is just a mobility program.

In her chapter, “Gentrification, Displacement, and Fair Housing,” Vicki Been identifies many of the questions that remain to be resolved related to the mobility/place-based debates. Gentrification, and particularly strategies to protect residents from displacement due to gentrification, raises difficult question for fair housing advocates. Using New York City as a case study, a city with some of the most extensive anti-displacement and tenants’ rights in the nation, critical questions are raised which, she argues, might be addressed with the assessment of fair housing process. So, for example, if strong anti-displacement rules enable residents to remain in their homes, might this reinforce concentrations of poverty and racial segregation? Would place-based investments in distressed neighborhoods raise the same kinds of tensions? Would failure to make such investments constitute discrimination against those low-income and predominantly non-White neighborhoods that have traditionally suffered from lack of investment, both public and private. These are just some of the conundrums identified in this chapter.

A critical missing piece in the 2015 rule is data on crime rates, according to Michael C. Lens in his chapter, “Incorporating Data on Crime and Violence into the Assessment of Fair Housing.” He notes the substantial research demonstrating that the two neighborhood factors residents are most concerned about are the quality of the schools and safety of the streets. At the same time, links have been found between exposure to crime and upward mobility, which makes crime a particularly important challenge for efforts to advance the objectives of AFFH. Lack of crime data constitutes an important missing link, one which should be remedied in future efforts to build on the 2015 rule and pursue AFFH objectives.

In “Furthering Fair Housing: Lessons for the Road Ahead,“ Megan Haberle notes that the 2015 rule created a planning process opening up opportunities for collaboration between diverse actors (advocates, state, federal, and local government agencies, PHAs) leading to creative responses to segregation, which in the past has limited the access of residents to good schools, transportation, and many other metropolitan amenities. But she advises that there needs to be an important federal role to ensure enforcement and compliance with civil rights rules.

It is difficult to envision stable, sustainable, and more equitable metropolitan areas in the United States if current levels of segregation persist. At the same time, place-based investments are essential to achieve the opportunity-enhancing objectives of AFFH. In the Conclusion, Justin P. Steil and Nicholas F. Kelly observe “Addressing the wide racial disparities in wealth, health, and other outcomes in the United States will require dramatic changes to housing and land use policies” (p. 233). Achieving these objectives will require dramatic changes in many other areas of the nation’s political economy as well. But this book tells the AFFH story quite well and provides guidance for future efforts to create the communities called for by the Fair Housing Act.