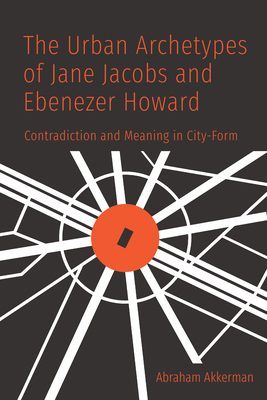 The Garden City, as invented and described by Ebenezer Howard (1850–1928) in 1898, is one of the foundational ideas of modern city planning. Howard had witnessed the destructive impact of the industrial revolution on the working class of London and wanted to locate new towns at the perimeter of London. The Garden City gained rapid and widespread acceptance in Europe and North America from 1910 to 1960.

The Garden City idea came under attack from Jane Jacobs (1916–2006) in her 1961 book Death and Life of Great American Cities. Jacobs had witnessed the destruction of vibrant urban neighborhoods from urban renewal and the subsequent construction of urban highways. Jacobs linked the decline of the inner city to the rise of the suburbs, which she claims were inspired by the Garden City. In addition to her critique of Howard, she publicly protested against urban renewal projects directed by Robert Moses. Jacobs also made a number of observations on her neighborhood of Greenwich Village in New York City and what made it so successful. She advocated for high density, mixed uses, walkability, and informal surveillance termed “eyes of the street” to deter crime.

Abraham Akkerman analyzes Howard and Jacobs from several perspectives: he directly compares their competing urban ideas, he explores the precursors to the Garden City, and he delves into the long history of urban development patterns shaped by the grid or curvilinear forms. It is these perspectives that support Akkerman’s claims when analyzing Howard and Jacobs as gender projections and archetypes. Carl Jung (1875–1961) was a psychiatrist and writer, who developed the idea of gender projections and the closely related concept of “archetype,” which can be thought of as a sort of fundamental personality type. In the Introduction, Akkerman states that

The life and work of Jane Jacobs and Ebenezer Howard exemplify archaic human bonds with the built environment through two deeply entrenched traits: femininity and masculinity. Gender projections upon the built form are in the masculinity of urban volume, automated speed, and the solitude of towers as against the femininity of urban void, human gait, and urban multitude. (p. 10)

In Chapter 1, Akkerman first traces a number of events that influenced Howard: (1) the early public park of Birkenhead near Liverpool (which was the inspiration for Frederick Law Olmsted’s design for Central Park in 1857); (2) model villages such as New Lanark and Saltaire, and New Earswich (1902) designed by Raymond Unwin and Barry Parker, who were followers of the Arts and Crafts movement prevalent in the 1880s; and (3) the emergence of the City Beautiful movement, marked by the opening of the World’s Columbian Exposition in 1893. He then lists Jacobs’s objections to the Garden City, such as the rigid geometric layout of the streets, and the placement of garden cities at the periphery of urban areas and the urban sprawl that resulted. Akkerman rightly notes that Howard introduced the Garden City before the widespread use of cars, and that places of employment were located in the Garden City so workers could walk to work or take a short train trip.

In Chapter 4, Akkerman analyzes Jacobs’s critique of large, top-down planning efforts such as Burnham’s Chicago plan, Lutyen’s plan for New Delhi, and Le Corbusier’s plan for Chandigarh. Akkerman writes, “Discernment of alienation in the metropolis emerges against the contrasting background of the authentic closeness of friendship or kin, such as sometimes occurs in an inner-city slum, an old neighborhood, and a small town” (p. 101). The sense of alienation comes from the high-level scale of roadways and buildings in these projects in contrast to the human scale of Jacobs’s urban neighborhood.

Chapter 5 begins with a discussion of Clarence Perry’s Neighborhood Unit (1929). Perry based this idea on his own neighborhood of Forest Hills Gardens in the borough of Queens in New York City. The Neighborhood Unit was adapted by Clarence Stein and Henry Wright in their design of Radburn, located about 25 miles northwest of Manhattan in northern New Jersey. Akkerman sees the Neighborhood Unit as an idea that Howard and Jacobs could embrace: both viewed the neighborhood as an important component of the city. We don’t know Howard’s stance on the Neighborhood Unit since he died in 1928, but Jacobs in fact does reject it because it was yet another idea that aligned with and promoted the Garden City.

In Chapter 6, Akkerman looks at the rise of the master plan and its negative impact on the quality of urban spaces. The Garden City, as envisioned by Howard, is certainly dependent on the creation of a master plan. Howard viewed the ordered vision of the master plan as a solution to the chaos and disorder of existing cities. When Jacobs looked at her Greenwich Village neighborhood, she saw spontaneity and disorder as a positive quality. Akkerman writes, “Modern urban planning has been largely conceived on the notion of the Masterplan due to its seemingly scientific purport of an exhaustive, wide-ranging spatial scheme that encompasses simultaneously all significant facets of community and the built form” (p. 158).

Chapter 7 chronicles Jacobs’s move to Toronto in 1968 in protest against the Vietnam War. In Toronto she quickly became involved in protests against the completion of the Spadina Expressway, which “was a proposed north-south freeway that would connect downtown Toronto with the suburb of North York and serve Yorkdale, a major shopping-center project” (p. 198). Jacobs took part in the October 1969 protest and the highway project was eventually canceled in June 1971. In response to public protest, Bill Davis, premier of Ontario at the time, canceled the highway project and stated, “Cities were built for people, and not for cars,” which is certainly a sentiment Jacobs embraced.

Akkerman concludes the book by reconciling the contrasting views of Howard and Jacobs. He discusses the positive steps taken toward making cities walkable, citing Toronto’s Walking Strategies (2009) as a good example and ends with a discussion of human scale. He writes,

… the superscale dimension of the built environment of the last century is unprecedented and must find a mitigating link with the dimensions of the human body. Such a link can be sought in looking back at medieval streetscapes and Romanesque towns, particularly when addressing the physical improvement of some of the small areas within the contemporary metropolis. (p. 224)

I recommend the use of this book for graduate students only. While the book certainly is focused largely on the history and theories of city planning, the inclusion of archetypes expands the discussion to the fields of psychology and, to a more limited degree, philosophy. To maximize the value of this book for teaching purposes, I see the need to provide students with supplemental information on Carl Jung and to give a broader context to the discussion of archetypes.