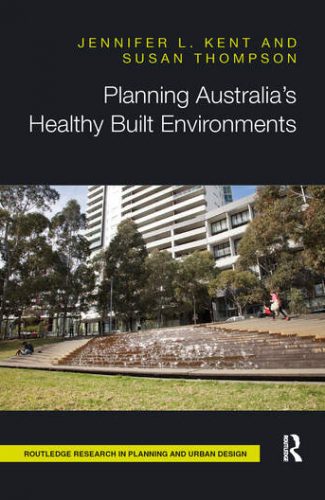 The nexus between public health and urban planning in Anglophone countries traces its roots back to the Industrial Revolution in Great Britain. The sharp turn toward industrialization in the 1800s radically restructured cities. Factories demanded more and more space, resources, and workers. Cities filled up quickly as rural dwellers abandoned agrarian life to chase guaranteed wages. Despite the promise of better times, many workers lived in misery, crammed into filthy and fire-prone tenements. Life for many was hard and short, with numerous disease risks, low life expectancies, and high child mortality.

Many urban planners were repelled by the horrors of the factory cities and were determined to propose visions for better solutions—becoming more focused over time on improving public health outcomes based on a growing awareness of its connection to living conditions. Legislation was introduced widely to improve conditions in cities. Early areas for improvement included sanitation, public health provisions, residential standards, maximum occupancy laws, and fire escapes. The core principles of urban planning were redefined as the pursuit of beauty, health, and convenience. This change began in the UK and soon spread to the cities of Europe, the U.S., Canada, and Australia. Urban planning evolved quickly as a way to limit urban problems and create healthier cities. However, it could not achieve such a large task alone, requiring planners to coordinate with other urban professions.

Jennifer Kent and Susan Thompson’s excellent new book adds a contemporary layer to this long evolution. It depicts and discusses the many and varied intersections between contemporary urban planning and human health in Australia. Drawing on a growing body of empirical research, Kent and Thompson demonstrate how urban structure, governance, form, and function influence human health across multiple domains. Urban planning is of course the key focus of the book, though the authors acknowledge and consider the realities of planners needing to work with architects, surveyors, engineers, health-care professionals, and emergency service personnel in pursuit of healthier built environments.

A central tenet of this book is its focus on the “social determinants of health.” This concept encapsulates how human health is strongly conditioned by the social, economic, and biophysical environments we inhabit. Human health is increasingly synonymous with cities, as more and more people become urbanized, globally. Australia, despite its outback and frontier image, is one of the most urbanized nations in the world, with almost 90% of its people living in cities. The “Lucky Country” could be more aptly described as the Urban Country. Enhancing human health in Australia is therefore a matter of priority for urban planning practice and research across the continent.

Another key concept is that of a “healthy built environment.” Kent and Thompson define such places as having a positive impact on health, with urban design and transport sufficiently well planned to allow people to lead physically and mentally healthy lives. Active transport infrastructure, plentiful greenspaces, housing diversity, and high-quality public spaces are essential features. Sitting above these priorities is a requirement that all members of society should enjoy fair access to health-promoting benefits of place. Urban planning is characterized as the lead profession in delivering healthy built environments through its roles in visioning, designing, and modifying places.

Healthy built environments, planned and designed to holistically incorporate the social determinants of good health, are the goal. How to get there in the Australian context is the focus of this book. It is structured in three parts to address this task: “Introducing Australia,” “Domains of Wellbeing,” and “Domains of the Built Environment.”

Part 1 provides a detailed overview of Australia—its demographics, population, geography, governance, and planning systems. This information is essential scene-setting for the book’s later analysis and much of the detail will be familiar to local audiences. However, there is deep value here for international audiences who may not be familiar with these aspects of Australia. Certainly, the country is a unique case study, with its massive and mostly empty landmass, combined with a tight concentration of population in cities mostly on the eastern seaboard. Added to this is the reality that Australia is federalized, comprising self-governed states and territories, responsible for their own urban planning and public health systems. Part 1 also examines the country’s public health profile and asks if Australians are healthy—they are, on average, although obesity and some chronic diseases present on-going problems, linked in part to the form and function of built environments.

Part 2 examines how to formulate and plan for physical activity, social interaction, and healthy eating. These questions are well studied in planning and public health literature; Kent and Thompson provide a valuable contribution by focusing specifically on the Australian context. What is especially useful in this section of the book is how each issue is intentionally connected back to the overall health of the planet—if that is in decline, then physical activity, social interaction, and healthy eating will also decline. This is an important philosophical and practical perspective that forms the theoretical backbone of much of the book. Part 2 is also explicit about the many extreme weather events and natural hazards that face Australia now and into the future, with multiple implications for cities, urban planning, and human health outcomes.

The final part of the book examines domains of the built environment, which Kent and Thompson describe as the backdrops for good health within a healthy planning paradigm. These domains—or “spaces” as they are also called—include residential spaces, public open spaces, and commercial, service, and employment spaces. Transport and access are also examined as a distinct domain. A discussion on density opens Part 3, where the authors discuss the thorny question of what is a good level of density for health. Kent and Thompson rightly note that healthy built environments depend on density, but are also vulnerable to its impacts. Crucially, they argue that various densities—not just residential densities—combine to condition public health outcomes. They criticize Australian planners for often failing to recognize that density is a relative concept and its impact on communities depends on local contexts and experiences. Part 3 closes with reflections on principles for healthy planning: promoting health equity, incorporating cultural diversity, and perhaps most important, the need to slow down as individuals and as a society. Interestingly, slowing down is characterized as not just intentionally living slower, but also a willingness to question market-driven political economy and the mantra of endless growth.

A lone criticism of this book is that it does not engage sufficiently with mental health. Like so much research in this space, physical health is given priority. The multifaceted impacts of built environments on mental health and concepts like depressionogenic cities are emerging areas of scholarly focus but are under-represented here. Perhaps there is an opportunity for a sibling book in the future—it would make a great companion piece.

Kent and Thompson’s book is well written, accessible, interesting, and timely. Its specific focus on Australia is welcome and it provides an excellent overview of the nexus between public health and urban planning in one of the most urbanized countries in the world. It will be of value to national and international audiences. Scholars, students, and practitioners will find great value in its pages.