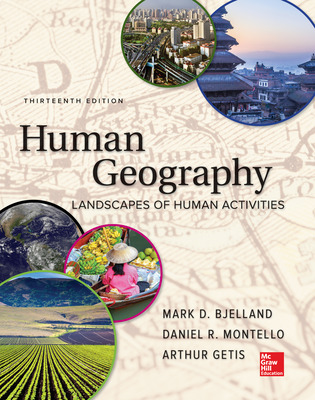 Handbooks provide a valuable reference to the contemporary state of thought for a field, and the Handbook of Urban Geography is no exception. Editors Tim Schwanen and the late Ronald van Kempen have curated an excellent volume of 30 chapters that address seven fields within urban geography. The accelerating fragmentation of academic disciplines along with the value of diverse perspectives makes periodic scans a valuable contribution for new and seasoned scholars alike. The increasing complexity and interconnectedness of the world are well analyzed through the multiple disciplines represented by human geography. Readers can gain perspective by using this lens, including themes of inequality, network society, political trends, and the unfolding implications of COVID-19.

With such a varied and wide-ranging set of chapters, it is difficult to do justice without a formulaic summary of contents, but in taking this very approach, I hope to afford a vista of a field rich with strong foundations and rapidly evolving new additions. The first section addresses urbanization, with contributions detailing global cities and comparative urbanism (Chapter 2: Laura Cefasky and Kate Derickson); the contradictions of urban political ecology, between analyzing a global network of places versus understanding the forces within a city (Chapter 3: Joshua Cousins and Joshua Newell); and, particularly relevant today, a discussion of cosmopolitics and the way that urban society manages and experiences uncertainty and experimentation using an approach drawn from political science and science/technology studies (Chapter 4: Anders Blok and Ignacio Farias). The final chapter in this section shifts emphasis from urban theories to the potential of big data as an analytical tool, in this case applied to gentrification (Chapter 5: Matthew Zook, Taylor Shelton, and Ate Poorthuis).

The second section continues the focus on cities with a set of five chapters on urban networks, starting with a discussion of the scale and scope of global urban connectivity in terms of both theory and of metrics to facilitate analysis (Chapter 6: Ben Derudder and Peter Taylor). Taking a different approach to connectivity, Cristina Temeros, Tom Baker, and Ian Cook (Chapter 7) consider how urban policy concepts move between places, recognizing the global wealth of ideas and the internal processes that modify policies. Cathy McIlwaine and Megan Ryburn (Chapter 8) introduce the essential flow of labor that facilitates urban production, that also creates worker exploitation and the creation of low-income districts. The need to focus on both the individual and the city is furthered by analyzing the growing social justice implications of refugee mobility and the way cities can attract and constrain refugees as they seek survival (Chapter 9: Ilse Van Liempt and Francesco Vecchio). The final chapter in this section explores urban infrastructure through the tension between the need for connection and the forces that benefit from these investments, with the resistance based on issues of equity and social and environmental impact (Chapter 10: Tim Schwanen and Denver Nixon).

As cities age and the economic and social forces that created them evolve, they face the need to change; this is the ongoing process of retrofitting past places to serve the interests and need of the present. Section 3 on urban redevelopment starts with Markus Hesse’s (Chapter 11) example of Germany to discuss the role of agglomeration and the process of metropolization, and the failure to question urban policies used to promote competition and deregulation. Cities have long been recognized for their concentrations of cultural resources and as places of creativity, which Tom Hutton discusses in Chapter 12 as a basis for a cultural economy that is increasingly tied to processes of globalization and transnationalism. This theme continues in the next chapter (Chapter 13); Jonathan Ward and Phil Hubbard discuss cultural regeneration using the example of Folkestone in the UK (a port town on the English Channel) as both a promoter of arts-led development and the resultant forces of displacement and gentrification. In Chapter 14, Andres Luque-Ayala and Simon Marvin introduce the concept of smart urbanism and the urban implications of growing interdependence between people, places, and digital technologies. In particular, they warn of the political and economic forces associated with the rollout of new technologies, and their role in the maintenance of the neoliberal city. The final chapter by Jon Coaffee examines the impact of terrorism and the resultant pressures to create secure urban spaces that goes beyond militaristic and criminal attacks to limiting legitimate protests and demonstrations. The theme is illustrated through the experience of “Fortress London” (“gated communities”—developments that boast underground or secure parking, electronic gates, CCTV surveillance cameras or prowling security guards, and open spaces closed off from general population) and its 40-year quest for control.

Recent events have highlighted once again the continuing need to address social justice, making Section 4 on urban inequalities particularly resonant. Chris Hamnett (Chapter 16) recognizes the ubiquity of inequality in different forms across cities globally and discusses the definition and nature of the phenomenon. One spatial dimension of inequality is segregation, for which Masayoshi Oka and David Wong (Chapter 17) apply a measure of segregation and isolation to case studies of St. Louis and Chicago. Chapter 18 by Sako Musterd, Roger Andersson, and George Galster focuses on a finer scale, exploring the link between neighborhoods and social outcomes by addressing social interaction, environment, proximity, and institutional context. One of the most visible examples of inequality is the process of gentrification, that Agustin Cocola-Gant (Chapter 19) presents with a discussion of the origins and implications of this form of neighborhood revitalization. The section closes with the digital divide and informatics by Barney Warf (Chapter 20), particularly relevant as COVID-19 has shown how affluent areas with information workers have suffered far less than low-income areas that lack access to online education and the ability to work remotely.

As social spaces, cities represent the diversity and complexity of humanity across many intersecting dimensions. In Section 5, three chapters explore urban socialities, with the opening discussion by Sophie Watson (Chapter 21) identifying a framework linking society and urban materiality with the caution that focusing too much on the built environment risks reducing the significance of society. Nick Schuermans (Chapter 22) recognizes the role of ethnicity and the superdiverity of cities and the consequences of shared space. The latter affect represent encounters which, in turn, influence values, discourse, and practices. The final perspective is that of children’s geographies by Peter Kraftl (Chapter 23). He uses three lenses—mobility, tension, and materiality—that promote recognition of the ways that children’s experiences matter for our understanding of cities.

Cities have been at the forefront of change during 2020 due to COVID-19 and the many calls and actions for social justice. To start Section 6, Lazaros Karaliotas and Erik Swyngedouw (Chapter 24) focus on the many forms of urban mobilization that have occurred through history and most recently with Occupy! and Black Lives Matter. They show how it is possible to use a political perspective to understand and incorporate such activist movements into our understanding of urban space. Mike Raco and Sonia Freire-Trigo (Chapter 25) continue with their perspective on urban governance and call for a relational understanding of a complex web rather than a simple choice between “top-down” or “bottom-up” actions. The concept of the right to the city, especially for rural-to-urban migrants in China (Chapter 26: Junxi Qian and Shenjing He) is the basis for the next chapter, which demonstrates how different social justice themes raised in this Handbook interact. Continuing the theme of activism, Katherine Hankins and Deborah Martin (Chapter 27) focus on neighborhoods and the place of local activism as part of place identity and the desire to maintain or create authentic communities.

The fitting final part of the Handbook considers cities in the context of sustainability, led by Jonathan Ruthford’s (Chapter 28) recognition of cities as the nexus of both experienced impacts and potential solutions. In fact, he argues that rather than being passively affected, cities need to lead through action and pathways to sustainability. Continuing the theme of city as responsible actor, Robert Cowley (Chapter 29) presents the concept of the eco-city as a laboratory for ideas that should not be seen as a universal solution but as a source of ideas to be adopted. The final contribution by Vanesa Castan Broto (Chapter 30) links climate change to the process of urbanization through the lens of governance and the development of new institutions and underlying social values that inform a transition to a sustainable future.

Overall, the Handbook is a valuable contribution to human geography through its ability to distill and synthesize many fields and perspectives within geography and the associated social sciences. The book is a useful reference to capture current thinking and is well placed for an upper undergraduate or graduate seminar or as a way that scholars can learn more about their interests in human geography. The Handbook demonstrates the value of interdisciplinary thought and interaction, with many of the chapters showing the insights possible through the merging of disparate ideas.