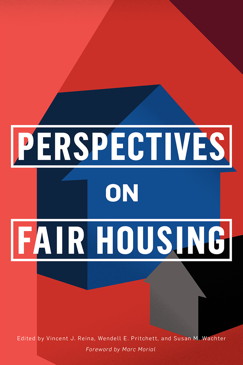 Engaging and important, Threatening Property highlights three dimensions of the history of segregation: geography, class and conflict. While providing the context of national economic, political and legal forces, Herbin-Triant keeps her focus clearly within postbellum North Carolina, demonstrating the variety of openly racist views and competing rationales to support, oppose and sometimes not oppose rural and urban segregation. She leaves it up to readers to identify extensions of the dynamics she describes to other places and parallels to other times.

Mainly through textual analysis, supplemented with the occasional map or photograph, Herbin-Triant focuses on the rural and urban places of North Carolina. She details how in the early 20th century some non-elite Whites endeavored to pass laws enforcing residential segregation in North Carolina, while other elite Whites sought to undermine these efforts. She also “tells the story of some African-Americans who … were acquiring property, and thus provoking anxiety on the part of middling Whites and fueling a campaign for residential segregation” (p. 3). In parallel, Herbin-Triant traces the machinations of Clarence Poe, a vociferous but ultimately ineffectual advocate of segregation. She utilizes the concept of the “middling whites” by which she means “poor white families financially perpetually in danger of losing economic and social status” (p. 1). This is a class of people sociologists today might call “precarious” Whites.

In the Introduction, readers learn that Herbin-Triant’s traces her roots to an economically and socially prosperous paternal grandfather in North Carolina and to her deep desire to understand why subsequent generations found the pathway to prosperity blocked. She credits the historians and social scientists she encountered as an undergraduate at Harvard and as a PhD student at Columbia with challenging her to interrogate prevailing narratives and unexamined contradictions.

Chapter 1 sets the stage, underscoring how African Americans were rising socioeconomically in part because they were able to acquire land in both urban and rural areas. This rise didn’t threaten White elites, and sometimes even worked to the later’s advantage. Poor Whites, and especially poor White farmers, however, felt threatened as “Black farmers were purchasing land at higher rates than white buyers” (p. 39). She also introduces us to Clarence Poe who sought to advance himself, and small White farmers by promoting racist ideologies and policies through his 65-year editorship (1899–1964) weekly magazine, The Progressive Farmer which advocated for reforms to aid small, southern White-owned farms and a program of rural segregation.

In Chapter 2, Herbin-Triant advances her thesis that “middling white people’s perception of Black neighbors as threats was to a large extent shaped by political leaders” (p. 62). She highlights the failed Populist Party which initially presented itself as a party that could serve both Black and White small farmers in their shared interests against elite landowners, industrialists and in defending the public good. However, (racist) Democrats worked to draw people’s attention away from economic problems to “the scarecrow of race” (p. 67). Despite, the fact that “white people did not benefit equally from white supremacy” (p. 88), the bi-racial Populist Party collapsed and Whites shifted their support to the openly racist Democratic Party.

In this chapter too Herbin-Triant details how Whites actively blocked African American’s political and material ambitions. She details how White men used the unsubstantiated threat of Black men raping White women as justification for further subjugation of Black men. In retrospect, this concern for Black women seems to have been particularly hollow, as women, in general, were kept powerless in both the public and private spheres, lacking any rights to vote and with little recourse against rape and abuse within marriages. She details a Wilmington, North Carolina “racial massacre against middle class Blacks” (p. 90) which resulted in the deaths of “between 7 and 300”(p. 93). The shamefulness of this imprecision in estimating the number of deaths, as well as the fact that no one was prosecuted, had a great impression on me and will have such an impact on other readers too.

Chapter 3 begins with Poe advancing his ambitions by marrying into a prominent North Carolina political family. Unable to push his platform in his home state, Poe turns to South Africa to attempt to learn “how rural segregation could be put into political action” (p. 130). In trying to transfer segregationist policy from South Africa to the United States, Poe had to confront the reality that “North Carolina had unique characteristics,” (p. 141) in particular powerful tobacco manufacturers whose exploitation of Black workers was facilitated by having them live close by, meant a single policy could not effectively segregate the cities and the countryside of North Carolina.

Chapter 4 widens the lens to early 20th century regional and national efforts to examine contested efforts to develop residential segregation policies in Winston-Salem, North Carolina, and one in Louisville, Kentucky, that made it to the Supreme Court. Herbin-Triant shows that middling Whites led these efforts. Urban elite Whites needed Blacks as domestic workers—and it was convenient for elite Whites to have their Black workers live in the same neighborhoods as themselves. Therefore, due to their particular strand of racism, White elites didn’t offer much support for middling Whites’ efforts at segregation ordinances. The efforts floundered without the support of the region’s leading White men—including J.R. Reynolds. Booker T. Washington, a “accomodationist” (p. 174) was reluctant to offend and only very late in the conflict identified himself on record against segregationist attempts.

We also learn of several African American landowners who petitioned to defy standing policies and occupy the homes they had purchased and of White elites defending an African American man against a law to benefit middling Whites. Most segregation laws did not stand up in state courts. The final case she presents is the well-known 1917 Buchanan vs. Warley case. Here United States Supreme court ruled that Louisville’s city ordinance that prohibited the sale of real property to Blacks in White-majority neighborhoods and vice versa violated the 14th Amendment. She concludes that “the functions of both these decisions reassured African Americans that while their situation was bad, there was a line past which Jim Crow would not go” (p. 192).

Chapter 5 moves from the cities to the countryside and details the ultimately unsuccessful efforts of small White farmers who “channeled their feelings of competition into racism” (p. 195). Even though White elites formed a greater threat to small White farmers than African Americans, “African Americans were the group upon which their class focused its fury, as middling whites stood a chance of winning when they fought the people furthest down” (p. 222). Yet even in this strategy they found only partial success.

It is in Chapter 5 we learn that in 1913 Clarence Poe used his role at the Progressive Farmer to begin his campaign to segregate North Carolina’s countryside by seeking an amendment to the state constitution that would allowing “white residents to prevent the sale of land within their community to African Americans” (p. 199). He did so though he recognized that his scheme violated the United States Constitution. In addition to its unconstitutionality, the measure would be “difficult to achieve because it pitted the financial interests of a relatively powerless group against the powerful elite” (p. 204). Without the backing of elites, less powerful small farmers lacked the advocacy necessary for a successful state campaign. Unsurprisingly, African Americans opposed the measure and a number of Black leaders publicly criticized it. W.E.B. DuBois in particular framed the proposed amendment as a “part of a decades long project of stripping African Americans of their rights” (p. 212). Once again, Booker T. Washington did not take a stance, and this time, the founders of the NAACP roundly criticized his passivity.

The final chapter does more than summarize previous chapters and arguments; it concludes the story of Clarence Poe. While efforts to legislate segregation in the North Carolina failed, prominent state and local policies permitted it. Readers will likely be familiar with restrictive covenants and redlining but Herbin-Triant demonstrates how these twin measures operated in specific places with devastating effects. In addition to the extreme effects on the Black community she notes the unintended consequences for middling Whites as well. She concludes “the greatest cost borne by middling whites was an opportunity cost: they missed the opportunity to address the circumstances that held them back” (pp. 248–249). In this way, they too paid some cost for their racism, as it took their focus away from problems caused by the power imbalances with White elites. These power balances allowed vast class inequality to continue and were the true cause of their economic misfortunes. She leaves it to the reader to reconcile why people who are dominated seek to dominate others.

This book has many strengths. Most importantly, Herbin-Triant highlights the multiple pathways through which racism operates. She also shows the lack of logic underlying racism; it poorly served the interests of middling Whites in North Carolina. Looking back over North Carolina’s searing racial history should help readers think about how to address America’s current racial divide. This highly readable book should be of interest to many disciplines (urban sociology, geography, history, city planning) and to many lay readers as well.